“Good luck to ya mate” – John the ferryman.

This post reflects the length of my day’s travels, but the upshot is that Essex is far more strange, beautiful and intriguing than many of us might realise.

Despite the previous day’s setbacks, I awake with a hunger for adventure. Travelling often fills your sleep with strange dreams, full of people and places you’ve never perceived before, and my head was fogged up with odd thoughts, in a good way. The weather was luxurious, and after packing up, I went to pay the somewhat steep charge of £16 for my spot of grass. But, London councils take note! That charge is for seven days camping. Imagine how cheaply could be housed all the homeless and overcrowded families of inner London out in tents in the quiet scenery of Wallasea island? 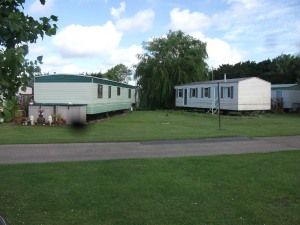 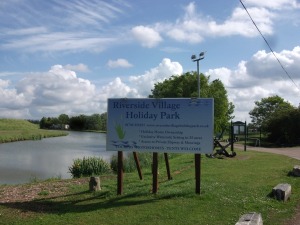 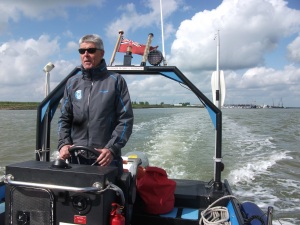 This time I catch the first ferry at ten, and get into a great conversation with John the ferry man, retired from the City and now running the small Burnham ferry service here. I’m the 6th round Britain cyclist he’s had since April! We talk about Essex, and a place full of wondrously beautiful countryside, as I would discover later today. He tells me about his wife of 42 years, and the loneliness of long distance single-handed sailing. I tell him about Sarah, about our marriage in Hawaii, and how lucky I am to be with someone tolerant enough of my follies. We’re both blessed with the discovery that love is vital, loving is the most joyous thing we’ve got, and worth it all.

I look out east over to the marshes. My namesake, Daniel Defoe, passed this way just under 300 years ago in his journeys around England, where he remarked on the ‘strange decay of sex’, meaning the poor health of the women and the common practice of men having multiple wives. Like at Canvey, the Essex marshes hum with a strange life of their own, rarely pleasant, but often intriguing. In more recent and less malarial times, where once H.G. Wells looked out and glimpsed a martian landing, setting ‘War of the Worlds’ at Burnham. Alfred Hitchcock was also hear, fearing seagull dive-bombing after a beery reverie perhaps. It’s such a quaint place for these dark visions, I wonder if only a Londoner could experience such nervousness in a place this tranquil!

I exchange greetings with a Captain Birdseye lookalike before heading north to Dengie. To any melancholic Londoner with little money, I urge you to take a weekend to Burnham, to enjoy its pubs and strange scenery. It would not be regretted. 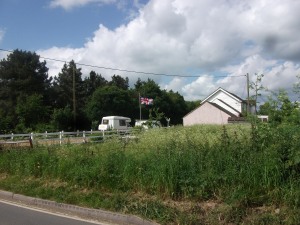 Now, five or ten minutes after leaving the town, the landscape becomes increasingly tranquil and rural. I pass Southminster and Asheldham, and countless fields full of wheat. I try to take an image of the countryside but it’s to little effect – one section of field looks similar to another, etc. What it produces is a continuous state of peaceful relaxation that’s communicated from the rolling landscapes.

I cycle for some time, passing these places, through the fields of Dengie, known for its rich natural diversity, particularly songbirds. I hear birdsong on these quiet country paths I have never listened to before, and I see creatures of such vibrant and unusual hues whose names I wish I knew. After Bradwell-on-sea, I finally reach my next destination, and what an extraordinary place it is. 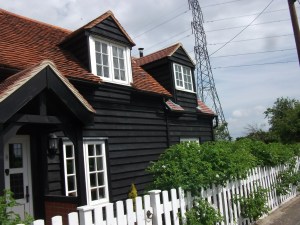 St. Peter-on-the-wall Chapel is one of the oldest buildings in Britain. I reach there after a long road and bumpy path. The church itself looks somewhat like a lofty stone barn, and this is what some irreverent farmers during the Tudor period did. But it was originally built by St. Cedd around 654 CE as a site to preach Christianity to the heathens of Essex. The site is more ancient: the Romans once built a fort here called Othona to repel Saxon pirates who, three centuries later, would call Cedd down from Lindisfarne to convert the Essex heathens.

The initial mission is a success, and he returns a couple of years later to set up the stone chapel, quarried from the old fort and local materials. Around ten years later, Cedd catches the plague. Thirty of the religious community at Essex travel up to honour him. The only one to return alive, free of plague, is a small boy. Shortly after Cedd’s death, according to Bede, the area returns to paganism.

The small chapel is quiet and ideally suited to inward reflection. Some Roman tiles still exist apparently, but the chapel was destroyed a few times by Viking invaders, who would also invade at Northey island and at Maldon. More on that shortly. 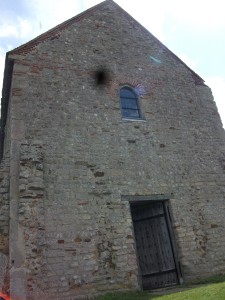 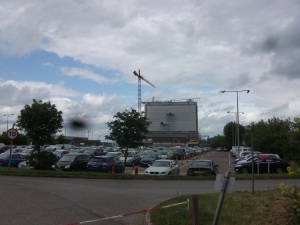 I ride on, exploring the area’s strange power reserves. Great wind turbines to my right, and a nuclear power plant to my left. In the chapel, two volunteers discuss the pros and cons of each. Wind power can be improved, argued one, and has a more promising future than coal. If wind farms are ugly, what of coal plants, or electricity pylons?

To my mind, nuclear power is even more worrying, and energy reserves are a preoccupation of my political project. I have a friend who was an active unionist on building sites til he got blacklisted, eventually finding his way into nuclear waste disposal. He tells me of the biro pens and plastic gloves of the 1950s, now so radioactive that they must be buried for thousands of years. The material is extremely dangerous yet poorly stored, kept in places that are vulnerable to flooding and coastal erosion like Sellafield. A local accident can rapidly cause an international disaster. That we still discuss nuclear as an option is beyond me.

After Bradwell-on-sea nuclear plant, I head down through countless peaceful villages, like St. Lawrence, Steeple, Mayland and Mundon, the sun shining on me, til I reach Maldon. 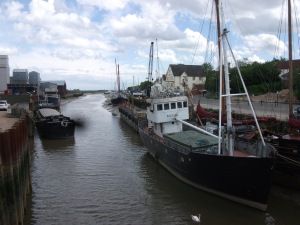 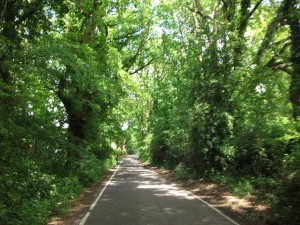 Now, what would Earl Byrhtnoth make of the recent surge in UKIP support?

The desire of independence, or national security, is a weird political preoccupation of the moment. No-one knows what the UK is, never mind what it seeks independence from. Invented in 1707, the United Kingdom’s always been an uneasy compromise with ascendant English and subjugated Scots, and the Welsh somewhere in between. The political moment instead reflects a bored preoccupation with questions of identity, the place that political debate, once orientated around class, the dignity of labour, and housing, has been pigeonholed into. The recent vote seems so inconclusive. There was no discussion about Europe, or about the best kind of British (or English) relationship to it. Just the usual passive frustration with political leaders, marketed to us not by ideas but by personality – the family man, the charismatic rebel, the buffoon, and the rest. As with all forms of marketing these days, we tend to ignore the ads and go for the cheapest option to our own interests.

1105 years ago, the English were easily outmanoeuvred by the Vikings at Maldon. It’s a small scuffle with important results: the beginning of danegeld, or the extortion of money in exchange for peace between English and Viking; and more interestingly to my mind, the first English epic poem (I think). Earl Byrhtnoth leads the Saxons here. Although threatened by a superior army that will happily avoid fighting in exchange for riches, he ignores the ransom and refuses to give in, acting like a kind of partisan fighting for independence and fair treatment. A figure standing for popular self-determination against a distant power that thrives through fear and military domination. In this first English poem I hear the origins of a proud, if idiotic or tragic, cultural defiance.

Maldon today is a pretty market town. I’m famished when I arrive, and tumble into a Mexican restaurant, where I order the most delicious veggie burrito and, still marvin, take a sopapilla and ice cream on top. The cycling’s changing me, ordinarily I can live off bananas and pitta bread! I cycle on, past the marshlands where the East Saxons were killed, and onto Colchester. 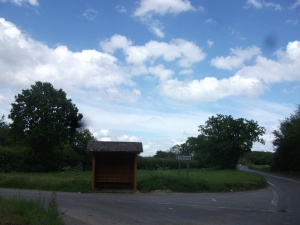 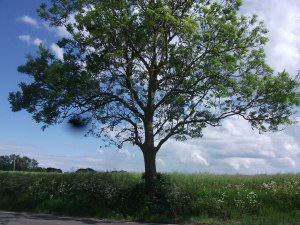 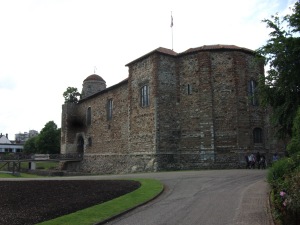 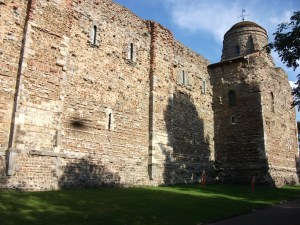 Problems creep up on my bike, but it’s not all bad – my sleeping mat flies off in front of a cottage full of London memorabilia – red phonebooths and an old routemaster, the number 38 to Islington. Passing cyclists, each of us smile. I pass Wickham Bishops and Great Totham, Tiptree and Layer de la Haye, before winding through long middle-class suburbs into a nice, if somewhat similar-looking British Town Centre. I stop in the castle gardens and gaze up at the Norman castle, another reflection of continual invasion, built by Romans, destroyed by Boudica, restored by Normans, and later used to imprison heretics. There’s little rebellion here today, just families picnicking and teenagers dreamily talking about their love lives. The town is calm enough. On the way out, I spy Essex university, where two people later imprisoned for involvement with the Angry Brigade, England’s only 20th century left-wing terrorist group, took a lead in a student occupation.

Little rebellion now. Have we got what we want? I wonder, is this the best of life, what we have here now?

I don’t think so. I doubt the ‘we’, I doubt the idea that desire is something you ‘get’, the resolution of a lack or want. Every town-centre I’ve seen so far seems to be set up only for the purpose of shopping. There’s more joys available to all than that. But people’s lives seem relatively happy and content. I’ve passed through enough areas yet I don’t see the frequent poverty, homelessness and dilapidation that defines much of London. As one lady said to me, ‘it’s a lot different than where you’re from’. But maybe it isn’t…

After Colchester I’m pretty tired. I ride up along roads towards Ipswich but then turn towards Cattawade and Strutton, where the hill nearly kills me. Panting and dying, I make it at last to the strange-looking community by Holbrook, of the Royal Medical School, where kindly Darren and Sue, friends of a friend, have put me up. I’m about to fall over, but Darren has made me pizza and invites me to have an Adnams beer. With a shower and warm shelter, I’m thrilled. What a wonderful day.

Tomorrow, my goal is to get to Orford Ness, and from there, maybe Lowestoft. There’s some great stories to be told about the landscapes there. Let’s see how broken I am in the morning.