I’ve stayed the night in Plymouth, with Imke, Andrew and their three teenage children. Their large family home is cluttered with the treasures of lives well-lived. Down at the breakfast table, I drink coffee slowly and talk with Andrew, a farm manager back in Cornwall.

He sees himself as one of the last of this dying way of life, and is pessimistic about the future. ‘Young people now, they don’t want to work hard’. Would more and better-paid apprenticeships make a difference? ‘No, no’ he chuckles, heavily. ‘People just don’t want to do hard work.’ As a child, there would be long days at school, and then ‘we used to go into the fields in the evenings, and the weekends, picking spuds’. He looks back on these scenes with disappointed nostalgia, like the veteran of a narrowly-defeated platoon. Like many experienced farmers, he describes his work not in terms of animals but of food, working with ‘beef, some corn, some lamb’. Despite his experience, he owns no farm himself, but manages one for a retired couple who have bought some land as a ‘hobby’. By contrast, he describes the farming culture he grew up in as ‘a way of life’, as others do.

This culture has been a blessing and a curse on farmers. Unable to take up any other employment, they’ve been ground down into accepting decreasing pay for their produce. The public have (mostly) wrongly associated them with CJD disease, bloodsports, GM foods and the needless slaughter of badgers, when instead responsibility lies with conflicting government directives or the toffs who own much of the countryside. Meat and veg have become unsavoury. Apples and potatoes must now conform to an ad-agency’s glossy image of roundness or greenness, or supermarkets will not sell them, claiming we will not buy them. The general public has become ignorant of its own food production. Fruit must be chopped into ‘five a day’ salad bags; meat must be de-boned, skinned and bread-crumbed. A niche has opened up among the urban middle classes for organic and ethically-nourished foods. Unaware of the necessary intensity of food production to feed a massive human population cheaply, the criminal antics of massive agricultural companies have been conflated with the everyday practices of farmers. Ask for immediate word associations with ‘farmer’ among your average town-dweller, and the results will not be positive.

END_OF_DOCUMENT_TOKEN_TO_BE_REPLACED

‘I think boyfriends are irrelevant, because of what’s happening to the planet. This is about the planet, and it’s called ‘Foolish Man’.
– Open mic night at the Kettle and Wink, St. Ives.

The feeling from up above Greenaway beach is serenity. I climb out of my tent and into a clump of shrubbery, all that protects me from the suspicious glares of dog-walkers behind me, or an easy tumble down into the maws of the seas below. This beach is special in the memories of people I met yesterday. It was also preserved in poetic aspic by John Betjeman, the poet who died and was buried by here.

‘I know the roughly blasted track
That skirts a small and smelly bay
And over squelching bladderwrack
Leads to the beach at Greenaway.’ 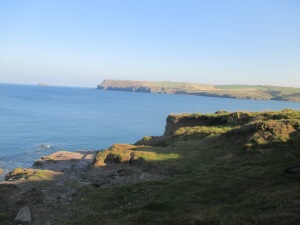 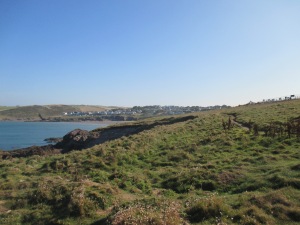 END_OF_DOCUMENT_TOKEN_TO_BE_REPLACED

The dawn light suffuses into the open cottage living room where I’ve slept. As it creeps across the ceiling wall, these dusty dressers and dining tables seem to shriek and recede, shrinking from incongruously large shapes to something more everyday. This cottage has been uninterrupted for many decades. The walls could crumble into nothing in your hands, but are strong and robust, like the hives of termites. It breathes an aged air, exhaustedly occupying the intelligence of its years like a hyperthymesic savant. The carpets and furniture have been preserved in tea and tapioca pudding, board games and bridge, and quiet disagreements, stiffly stewing the atmosphere as lips are chewed, from the christening of a child’s name to the executors of the selfsame will.

Cast open the curtains. Today, the sun has risen without an email alert. No alarm clock stirred the cattle from the warmth of their grassy-belly-beds. The songbirds flittering over those hedgerows had no automated reminders or morning emails to motivate them from their slumber. Tammy’s doggy, still coy from the kick of a malicious horse, has not been reassured of his existential importance by Facebook or Twitter notifications. This delightful late-summer morning is not trending. Such losses, theirs! 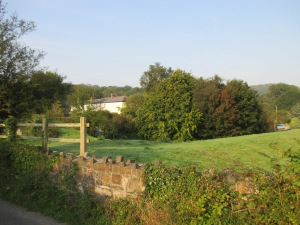 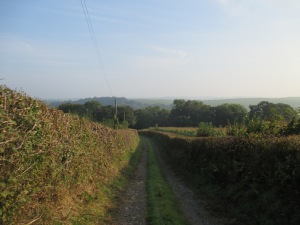