It’s around 8.30 on a drizzly weekday morning. I zip open the thin coversheet and poke my head around to see where exactly I’ve landed. It’s the edge of a small chalet park on the edge of Lyme Regis. My tent’s at the edge of this park and beneath Lyme’s fossil-rich cliffs, and just about concealed from the confused eyes of retired pensioners by a series of fortunately-placed bushes. The weather’s damp and grey, matching my mood, hungover, a little worn out, but these September mornings are deceptive, threatening hell in the morning then brightening up by the afternoon.

I exit quickly, still undetected, and head down towards the sea. There’s a wide expanse of white and grey rocks that reflect the mood of the skies. A murky tide laps against them. Look hard enough, and you can find the remains of ammonites up to 200 million years old along this beach. Much of the coastline is older than ancient, some of it unchanged since the early Jurassic time, when a warm sea covered most of the British islands and massive ichthyosaurus and pliosaurus stalked the ocean. The name of this beach is Monmouth, after the Duke who landed here in 1685 and attempted to seize the throne from his estranged uncle, James II. Like almost every revolt preceding it from the rebellious, mysterious South West, the uprising was a total failure. Twelve of his supporters were hung on this beach, whilst it took eight blows of the axe to separate Monmouth’s head from his neck back in London. The beach is deserted. I look out to the placid sea, to the cliffs and fossils to my right, and the Cobb and Lyme to my left. 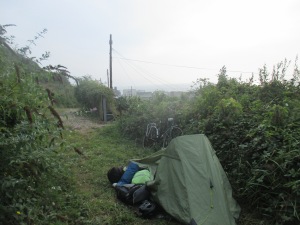 END_OF_DOCUMENT_TOKEN_TO_BE_REPLACED

‘Appearances can be deceiving’ – Sandra, Wavertree.

I’m up and about on the top floor of a rather grand house in Longridge, a place that sits between town and village in the heart of Lancashire. There’s not much that particularly characterises the place except a kind of low-level, ambient normality – it feels like the suburb to a larger city, and yet it’s self-contained. This could be entertaining territory for a playful study of the dark sides of human boredom, conducted by J.G. Ballard or Sigmund Freud: what goes on behind those privet hedges or Laura Ashley curtains? Our interest in maintaining our own privacy is at times coupled to a gossipy fascination in the lives of others. It’s no surprise that England gave birth to the peeping Tom.

There’s a kind of suburban war taking place here. Upon entry to Longridge one is greeted with a barrage of high-quality banners exclaiming ‘Save Longridge from mass development’, producing in the colours of a nuclear radiation warning sign and with a similar sense of urgency. The short-line of the campaign’s address is ‘save Longridge’. But save the place from what? 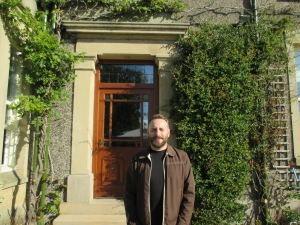 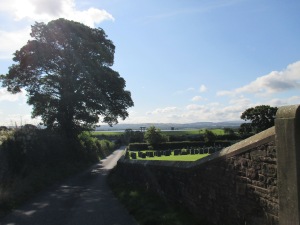 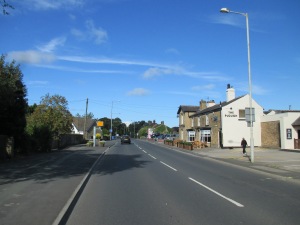 END_OF_DOCUMENT_TOKEN_TO_BE_REPLACED

‘Everybody’s called John at some point in their lives” – Towneley arms, Longridge.

By the law of averages alone, there ought to be at least one nice dry and sunny day in England. Just the odd one to balance out these rainy showers and moody clouds. A peek outside at the steep hills of Luddenden Foot suggests my number’s come up. Over porridge, Kirsty tells me about the histories and landscapes of this area where she’s lived for some twenty years after being priced out of her native Harrogate. There’s much here to explore in these former mill villages on the border of Lancashire and Yorkshire, in an area called Calderdale after the river that flows through it, and so together we venture out in her, off to explore.

At the ‘Foot’ is the Rochdale canal, where once two large mill buildings were situated. One made the velvet covers of bus seats and the like until it was recently demolished. The hills are airy, light, gentle, but at their time of operation this was a ‘dark and gloomy’ landscape. Such pretty properties like these were cheap for a reason, marked in soot, housing families of workers whose vision and hearing were progressively ground away by the nature of textile work. 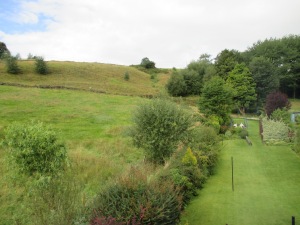 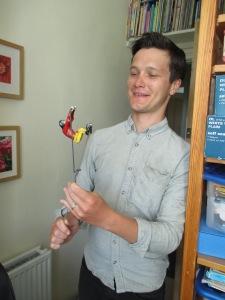