In a remote and rainswept tent, on a most remote and windswept peninsula, I awake after a night of strange and intense dreams. A combination of oscillating emotions, fatigue, and heavy intake of cheddar has shaken up my psyche.

I’m surrounded by ferns, their delicate fronds flickering in the morning’s easy breeze, but little else: a farmhouse in the far distance, a telegraph pole behind me, and the slither of a road ahead. I pack up and follow the single-track trail I’ve slept nearby, somewhere between Kilchoan and the very end of the mainland, a place called Ardnamurchan Point. It’s a bumpy track that passes the occasional field of sheep but otherwise rocks along an ancient landscape, unspoilt by KFC drive-throughs or Argos distribution centres. Occasionally some rallying bit of graffiti appears on the broken road: ‘nearly there!’ ‘go go go!’, remnants of some fun-run once? Otherwise the landscape is wild yet peaceful, a pleasure to rove up and down in the gentle and dry morning.

The narrow road eventually reaches its an end at the foot of a lighthouse and a traffic light, one that feels almost like a sarcastic joke in this most remote and undisturbed of places. It ensures that in the extremely rare event of two vehicles attempting to pass each other on the bridge to the building, no accident ensues. Well, caution is the aim here. Ardnamurchan Point is the most westerly point of the British mainland, and a small visitor centre by the lighthouse makes the most of this fact. Inside, a local girl from nearby Kilchoan sells me a ticket of admission and tells me of her enjoyment of life here. Her accent is sweet, soft and light, much milder than those one hears elsewhere in the Highlands. 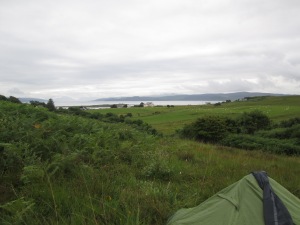 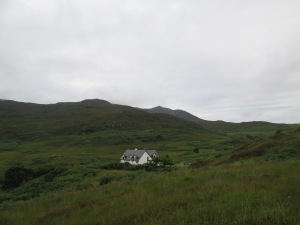 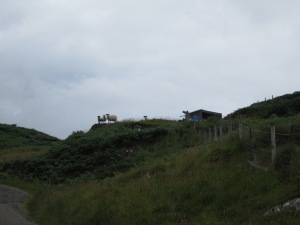 END_OF_DOCUMENT_TOKEN_TO_BE_REPLACED

‘Not everyone could do it. It’s his choice, he loves it.’ John on John, on the island of Johns, also known as Cape Wrath.

I could gaze at this view forever. Scatter my ashes here. This is a longer post, but the sights, stories and scenes ah, it’s worth following!

It’s 8.30am. At different times in my life, I’ve spent this time cattle-trucked on morning tubes and trains, fellow passengers arguing and fighting, stress and frustration sweating from people’s shirts and ties like a miasma of tolerated suffering. Or buses caught in interminable south London traffic, making me late for school, then university, some arsehole’s music blaring at the back from his phone. Or in the last year, dodging blind taxi drivers and the horsey wives of the rich in Chelsea tractors along the south circular to my current university on this very same bike besides my tent today. 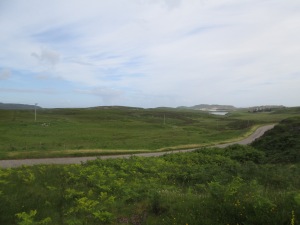 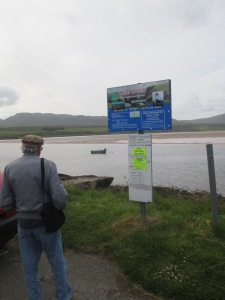 END_OF_DOCUMENT_TOKEN_TO_BE_REPLACED

‘It was the allure of big money, but it didn’t last. Now things have got worse, for all of us.’ – Jim, Brora.

Journeying across this far north-eastern Scottish coastal countryside has been tough, desolate and trying. Yet the people I’ve encountered and the conversations shared have been like a rubber ring, keeping my mind focused on the pleasure of this adventure. It’s not in reaching the end, but the pleasure in the means. These conversations and journeys are starting to feel like a kind of method for travel that I hope to use after I return to London. It’s about seeking out people and their stories as much as seeking out locations and their landmarks.

One recent pleasure has been the discovery of Scottish hospitality. Don’t get me wrong, I’ve met some bloody fascinating and generous people across the border. Human nature doesn’t cease to delight me. Those that despise other human beings should try instead spending time among them. You’ll be surprised.

But there’s something that feels practised and culturally routine about the kind of warm reception I’ve had from the Scots, be it in Lowland or Highland. Outside Edinburgh and Dundee, it has been a standard experience in small towns and villages to smile at passers-by. It feels rude not to! In smaller villages, people will even shout ‘hello!’ to you as you pass. 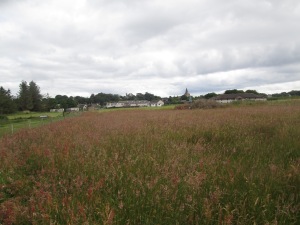 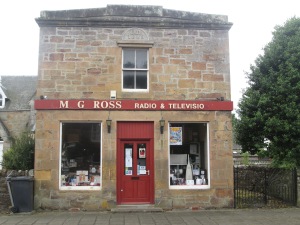 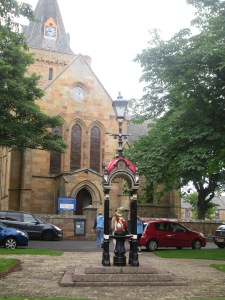 END_OF_DOCUMENT_TOKEN_TO_BE_REPLACED

‘I’ve been skiving for like, the whole week!’ Young teen to older brother, Tollcross, Edinburgh.

Every part of me had started to ache: knees, legs, heart and head. I needed a few days rest with my partner in some cosy, lovely and friendly town, surrounded by wonderfully sunny weather and friends old and new. Edinburgh has therefore been a gentle delight.

It’s also a city of contrasts. Its historic Georgian town centre just about conceals large and troubling social problems cast out to the suburbs. Its confidence in displaying its own past is undermined by an uncertainty about its future. And for a town that some remark as being the ‘most English’ Scottish town – on account of its seeming gentility perhaps? I’m not sure – the built scenery often reminded me of a Scandinavian or German town, pleasant if somewhat sterile. I’ll try to relay what I’ve found, and I encounter visions of its past and future quite at odds with each other. 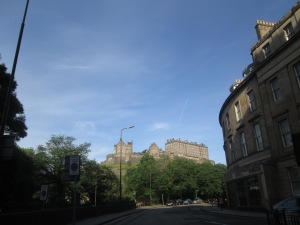